This week I’m delighted to speak with award-winning writer and journalist Cal Flyn about her recent book Islands of Abandonment: Life in the Post-Human Landscape.  The book is infused with a tentative kind of hopefulness, full of vivid examples of the resilience and vigour of wild nature as Cal explores what happens when humans leave certain places alone to rebound without our exploitation.

Cal is orginally from the Highlands but now lives just down the road from me here in Orkney, in Stromness. Cal’s work has appeared in publications including Granta, The Guardian, The Sunday Times, The Wall Street Journal, and The Economist. She was made a MacDowell Fellow in 2019.

Now a Sunday Times Bestseller, Islands of Abandonment has been shortlisted for numerous prizes including the 2021 Baillie Gifford Prize for Nonfiction and the Wainwright Conservation Prize.

I read Islands of Abandonment not long after finishing Braiding Sweetgrass by Robin Wall Kimmerer. Informed by her indigenous heritage as well as her scientific training, Kimmerer argues that humans and nature can flourish together and suggests that nature might even like having us around, if only we behaved a bit more respectfully. So I invited Cal to chew over with me some of the ideas and questions that reading these two books almost back-to-back left me mulling over. Here’s our exchange:

SC: Do the abandoned places you visited in your travels for Islands of Abandonment give you a sense that the balance and reciprocity between human and nature that Robin Wall Kimmerer writes of is something we can retrieve? Or do you feel we have gone so far towards exploitation and control that nature’s best chance is for us to leave ‘islands’ abandoned to regenerate?

CF: I think that idea of flourishing together is very important. My main takeaway is that actually there is huge scope for natural regeneration and regrowth, without much or any input from us—if only we make room for it. I think what is truly necessary for this to happen is for us to stop assuming like we should be controlling every scrap of land.

In recent years, we’ve learned a lot about the importance of leaving ‘untidiness’ in parks and gardens—areas of longer grass, leaving the fallen branches to rot and so on—and I think we need to apply those lessons on a larger scale. If we can learn to live happily alongside uncontrolled nature, we will all benefit.

I think ‘respect’ is a good way of thinking about it—we should respect the rights of other species to exist, and to develop/regrow/recover/simply live their lives in their own way, wherever possible. 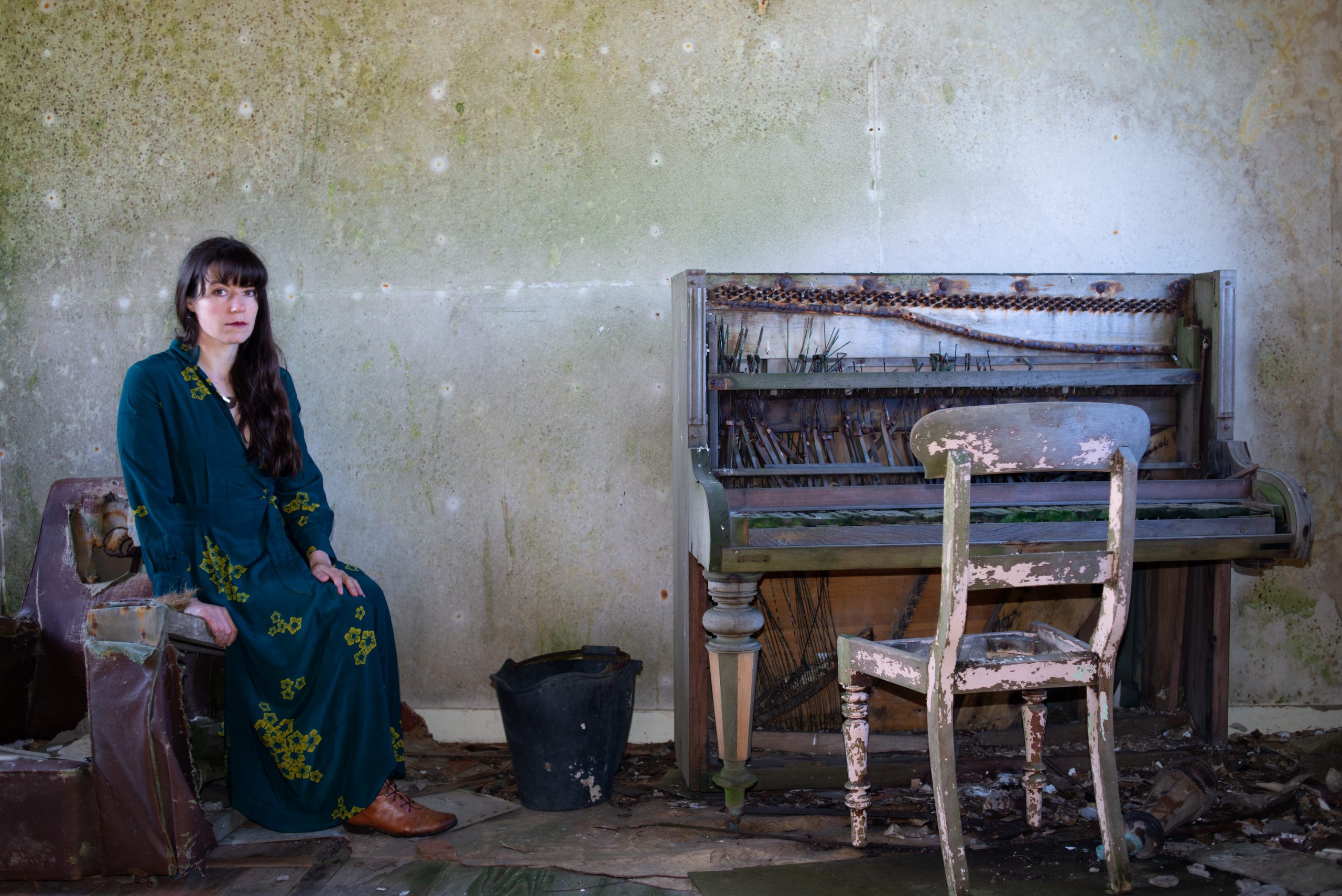 Photo credit Rebecca Marr
SC: The word ‘wilderness’ seems to be just offstage here, the notion that nature is best when it’s untouched by humans, something ‘pristine’. Human and Wild are implicitly understood as binary opposites. It’s a way of thinking that informed the early conservation movement and the setting up of national parks in the US and nature reserves in South Africa. But the wildness/wilderness you write about is anything but ‘pristine’. Would you like to interrogate the idea of wilderness/wildness a bit? How do you understand it?

CF: I’m very interested in ideas of wilderness, and in fact plan to write a lot more about it. But in short: ‘wilderness’ is an interesting word, because it is valued both positively and negatively. Positively, in that we love to imagine ‘pristine’ environments without the impurity of man. Negatively, in that we often imagine wilderness to be frightening, gruelling, or inhospitable to man. That’s more like the biblical concept of wilderness—wandering in the desert. We seek wilderness out, but it must frighten us too. I think because it confronts us with our own weakness or powerlessness in the face of great natural forces. I think the sites I write about might be in the process of becoming wilderness, in the way that the feral cattle on Swona are in the process of moving from ‘feral’ to ‘wild’ once more. It’s impossible not to think of it as some kind of cleansing process, even if I don’t totally agree with it! Animals that live on the margins of human habitation (like urban foxes, rats, crows, seagulls) are often considered dirty or impure, and of course they are not. But it’s something to do with their proximity to humans that makes us feel that way. I find this moral aspect to the way we view the world very interesting. 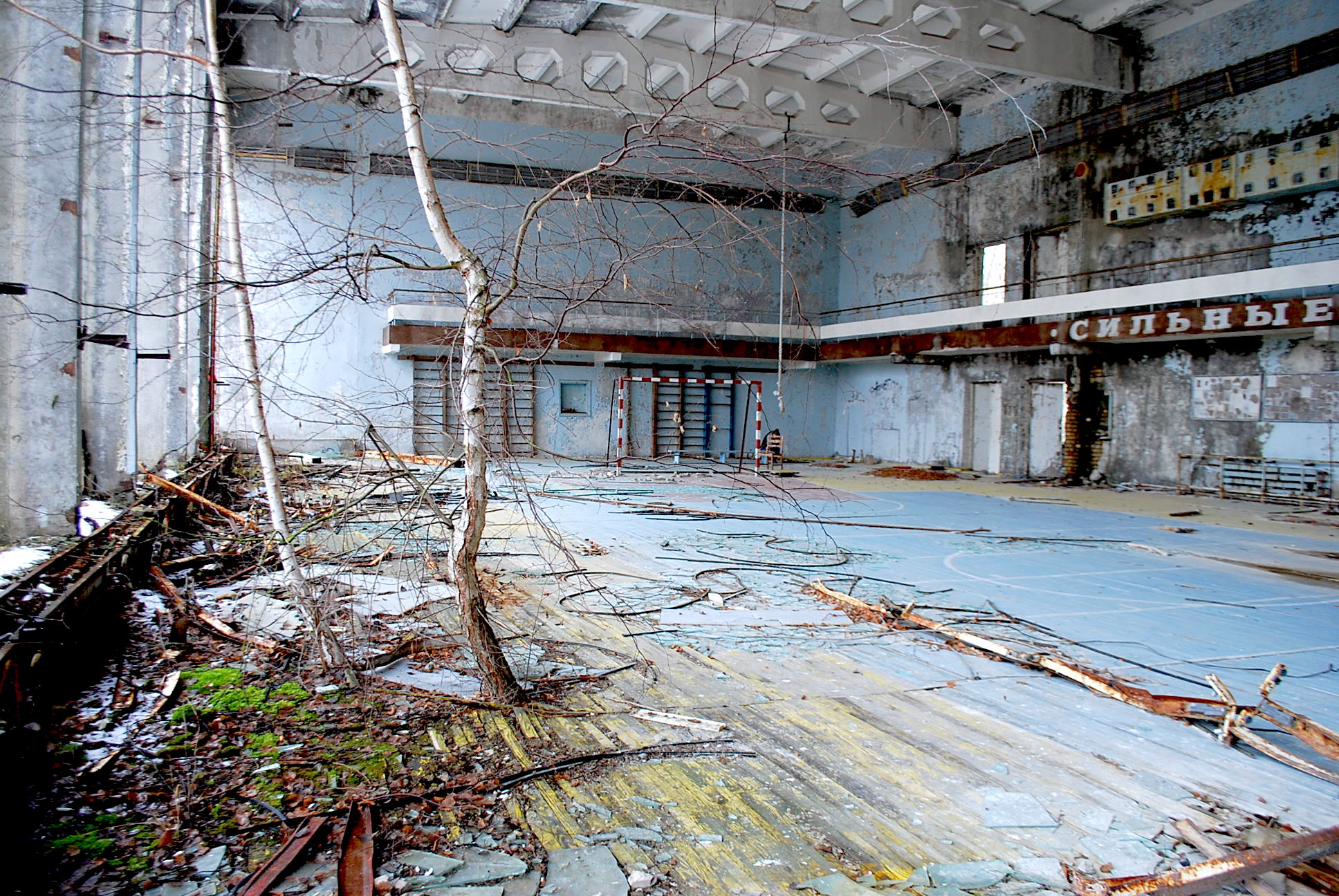 Chernobyl photo credit Cal Flyn
SC: There’s a call for a certain humility in Islands of Abandonment, to relinquish our urge to control, to let go of any sense that we can know better than nature. Do you think it’s also an argument to be wary of the ‘techno fix’ approach to the many issues the natural environment is facing?

CF: Yes, I’m a little wary of the ‘techno fix’, just because so many high tech innovations and interventions in the past have, ultimately, done more harm than good. That’s certainly not always the case, and there is a place for interventionist conservation work. However, I think wherever possible we need to cede control to other species, on the basis that they know better than we do what they need to live and to thrive.

Also, as I alluded to above, it is fraught with moral questions—what species do we hope will benefit? Why do we get to choose? Better to do as little damage as possible now, than aim to ‘fix it’ in the future, for things are very rarely truly fixed—only altered for a second time. Of course, it’s reckless to make sweeping pronouncements. Every case is different. 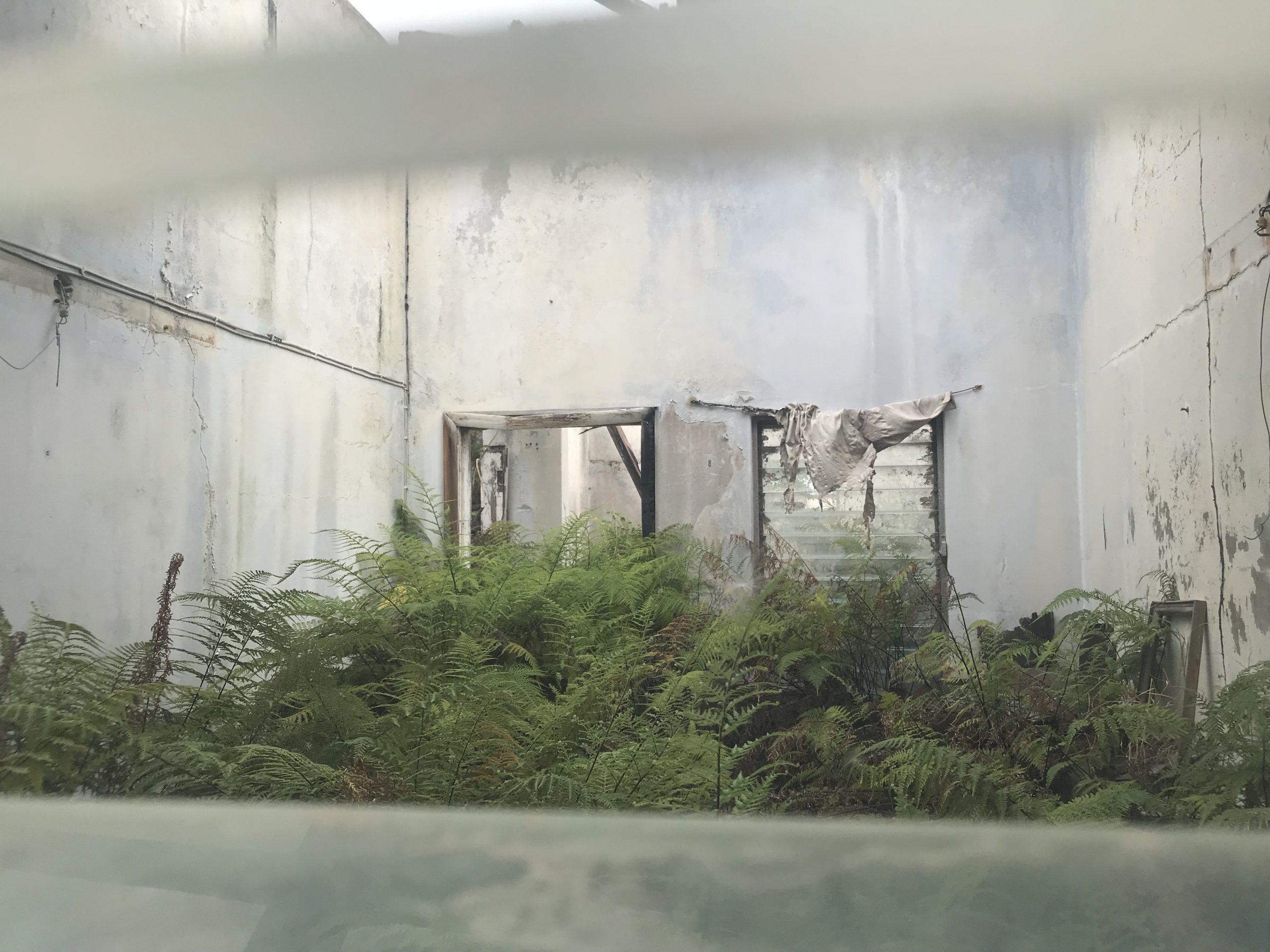 Montserrat photo credit Cal Flyn
SC: Do you think there’s also a shift of aesthetic that’s required – that nature is untidy and messy and unruly and often quite scary, and we need to learn to see and value the beauty in that messy unruliness? If so, what role do you think artists and writers might play in this redefinition of nature beauty?

CF: Absolutely. I’m very interested in visual art that interrogates the intersection between the human and the wild. For example, I worked recently with the photographer Jade Doskow, writing an introduction to her images of Freshkills Park on Staten Island, New York. That’s a former landfill site which has been covered over with soil and grasses and has been rebranded as a ‘wilderness park’. But it’s pierced through with exhaust pipes and drainage pipes to allow the waste matter underneath to rot down; it’s truly a Frankenstein landscape, and Doskow’s images are very eerie and beautiful.

Of course I also love the large format photographs of Edward Burtynsky, which are very beautiful and very unsettling images of environmental degradation—one curator of his work described them as creating “a clash of ethics and aesthetics… a political tension that can be quite agitating.” It’s hard not to fixate on them.

And actually it was the work of the Scottish painter Sian MacQueen that led me to visit the Slate Islands, off Argyll, a trip that kickstarted my interest in the aesthetics of the post-human, or the post-industrial. She had a series of paintings of the flooded quarries of that island, full of turquoises and cyans, which made me look afresh at the non-pristine.

Susan Sontag once wrote that “certain glories of nature have all been abandoned to the indefatigable attentions of amateur camera buffs. The image-surfeited are likely to find sunsets corny; they now look, alas, too much like photographs.” So we need more nuanced, complex ways of looking at the land, even if you are only thinking in terms of the artistic.

These days one struggles to find truly ‘pristine’ landscapes to create images of, and in doing so I think it is also somewhat dishonest—it requires a certain eliding of the eyes and attention, a mental photoshopping. But how to proceed? That’s what we have to wrestle with now.

Our ability to perceive quality in nature begins as in art with the pretty. It expands through successive stages of the beautiful to values as yet uncaptured by language. The quality of cranes lies, I think, in this higher gamut, as yet beyond the reach of words.