Do You Paddle Your Own Canoe? 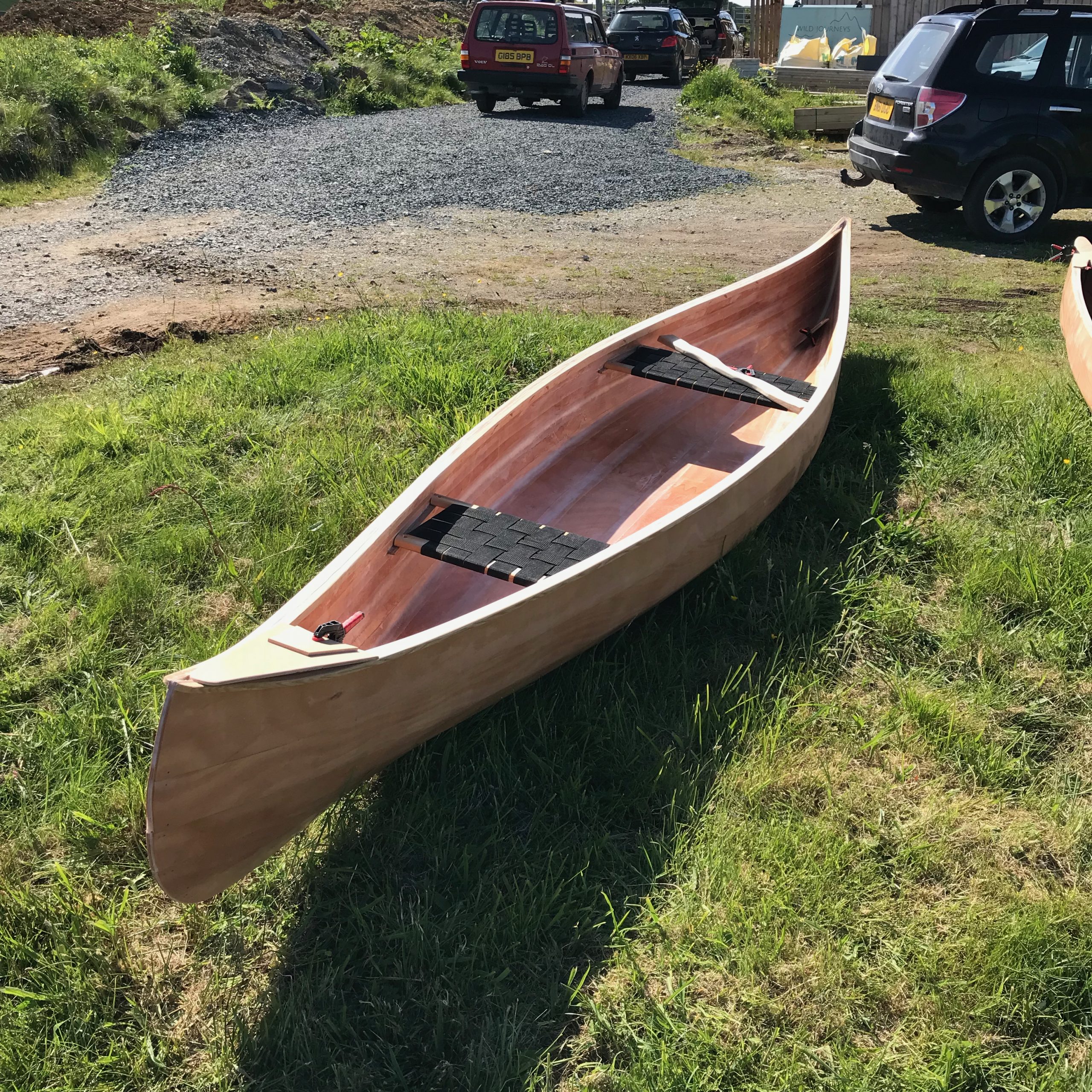 I made a canoe! Isn’t she fine?

Have you ever had an ambition to do something but realised you needed help? Well, I had some help. Quite a lot actually, from the fine folk at Archipelago Folkschool on the Isle of Mull. I love their ethos of’ ‘connecting people with craft’, their commitment to building community through making, and the quietly methodical skills of woodworking they can impart to even the most cack-handed beginner like me. It was a challenging week, but I had loads of fun, learned a lot, made some lovely new friends, and came home with a canoe! What’s not to love? And now I have a whole new way of looking at water. 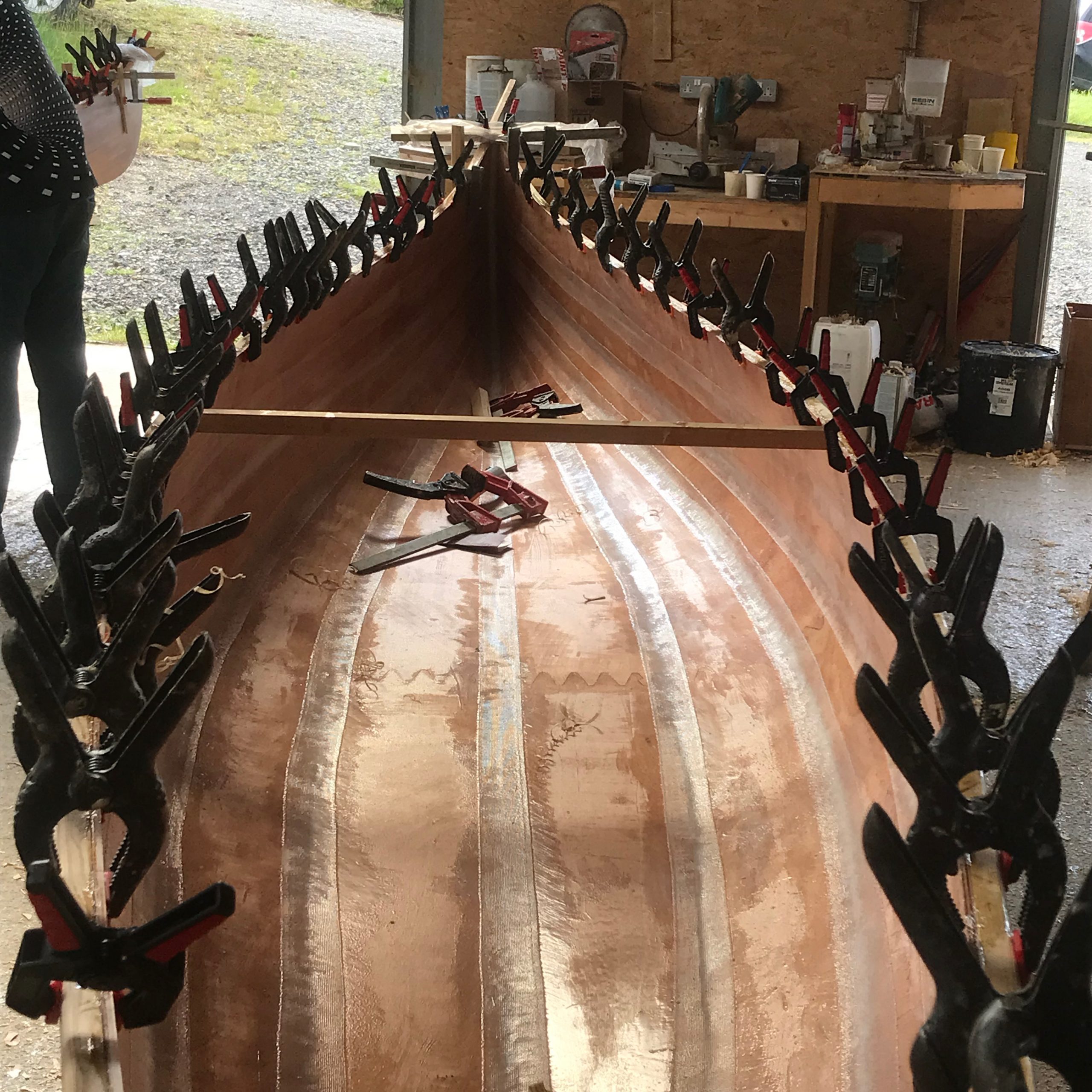 There’s a bit of history with canoes in my family. I’d been wanting to make a canoe for a loooooong time. Not long before WW1 my grandfather, still a teenager, signed up to serve an apprenticeship with the Hudson’s Bay Company and headed out to northern Manitoba. A few years later he returned to Aberdeenshire, married his sweetheart, and he and my Grannie went back to Canada to take up his first trading post at Split Lake. A few years later he took over at Norway House, where my father was born in 1926.
​
When my father was 7 or 8 they came back to live in a flat above a corner shop in Aberdeen. Although they had dearly loved their life at Norway House, my Grannie knew that the Indian Residential School was not a good place for any child. At least my grandparents had the choice. Many others did not. The awful things that happened to the indigenous children in those ‘schools’ is only just starting to come out.
​
So my Dad adjusted to life in 1930’s Aberdeen and made the best of it, but I don’t think he ever quite got over leaving the wide open spaces of Manitoba. He often spoke of his childhood there, showing us the old sepia pictures of sled dogs and snowshoes in winter, York boats and canoes in summer. My Grannie too, as she reached 102 years old, seemed to remember that period of her life more vividly and fondly than any other.
​
In the late 1970s my Dad got some plans for a Canadian-style canoe and built it in the bedroom. A two seater, canvas stretched over a wooden frame, it was so big he had to half-dismantle the thing to get it out. We paddled it on Loch Lomond for a couple of summers, but then the canvas rotted, and the frame hung from the ceiling of my father’s den/workroom for the next four decades.
​
When my parents’ died and we cleared the house, I dearly wanted to keep the canoe frame and re-skin it, but had nowhere to store such a thing at the time. So sadly, Dad’s Canadian canoe was one of the things from my parents’ house that ended up in a skip. I awlays regretted it, especially when we moved here to Orkney, to live right beside the water.
​
When he was building his canoe, my Dad told me he wanted to name it ‘Namona’, a word he’d heard from the Cree of Norway House, which he said meant ‘a fair wind’. The word was just something I remembered him telling me once. Hearsay recalled across two generations and nearly a century. So it was amazing to discover in this dictionary that we were not far off, although plodding English nouns don’t catch the fluidity of the Cree:

I know there are questions around cultural appropriation, but I’d like to name my new canoe ‘Namona II’ in memory of my dear Dad, and the longing that never left him, for his childhood on the lakes and rivers of Manitoba. So, Dad, this one’s for you. Namona II. I will feel you paddling alongside me.

When I got home we had a lovely launch party with friends and pizzas and sunshine and paddles. There’s still a bit of finishing to do and I’ve been talking to people here who can help out with sheds and skills. They may say ‘paddle your own canoe’ but really this canoe is part of a whole web of stories, histories, collaborations, of help given and received, of relationships and friendships, all of which keep me afloat and paddling along.