The River is a large-scale drawing that developed slowly over several years, between 2015 and 2018. The idea for it began when I was on a winter residency at Timespan, in Helmsdale where my accommodation overlooked the river. Crossing and recrossing the stone bridge every day, looking down on the cold, black winter river, so full and heavy with snowmelt, I took lots of photos of the patterns the froth made on the water surface. The ephemeral bubbles of froth visibly revealed the water’s deeper, invisible currents. 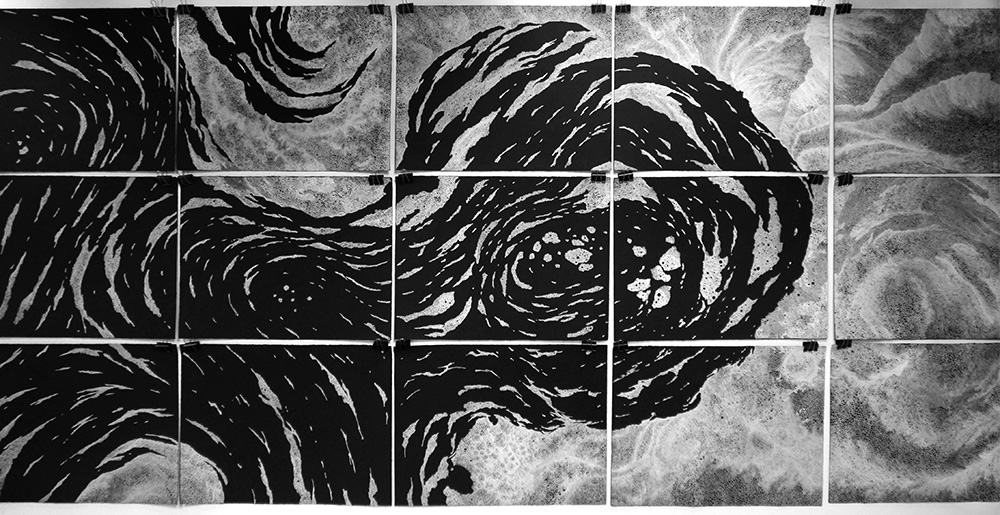 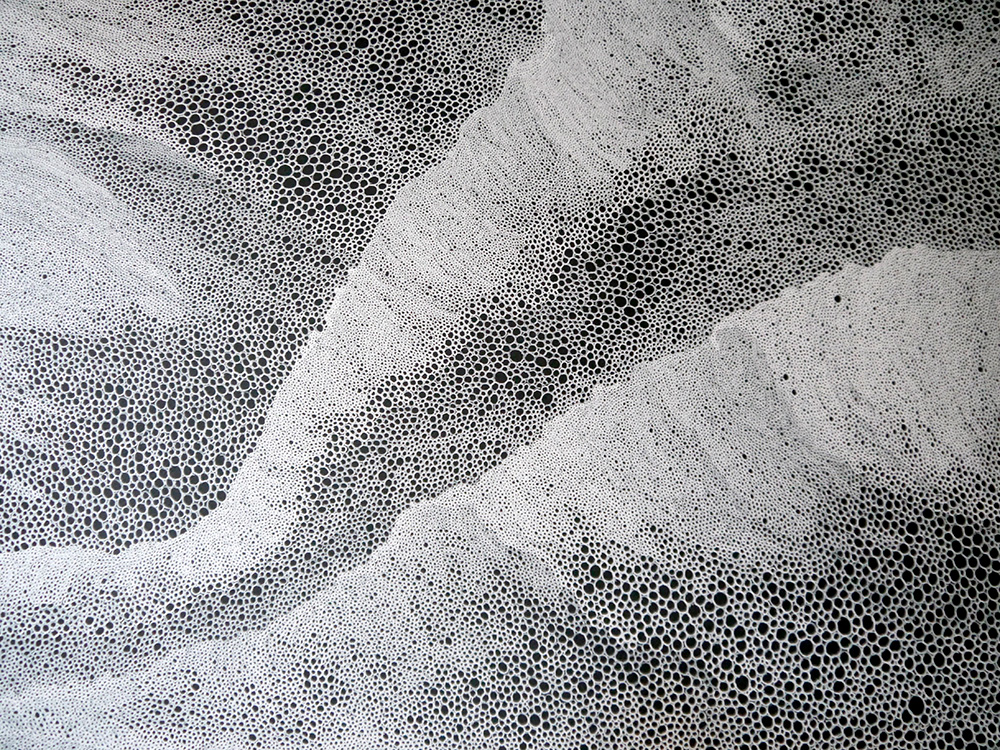 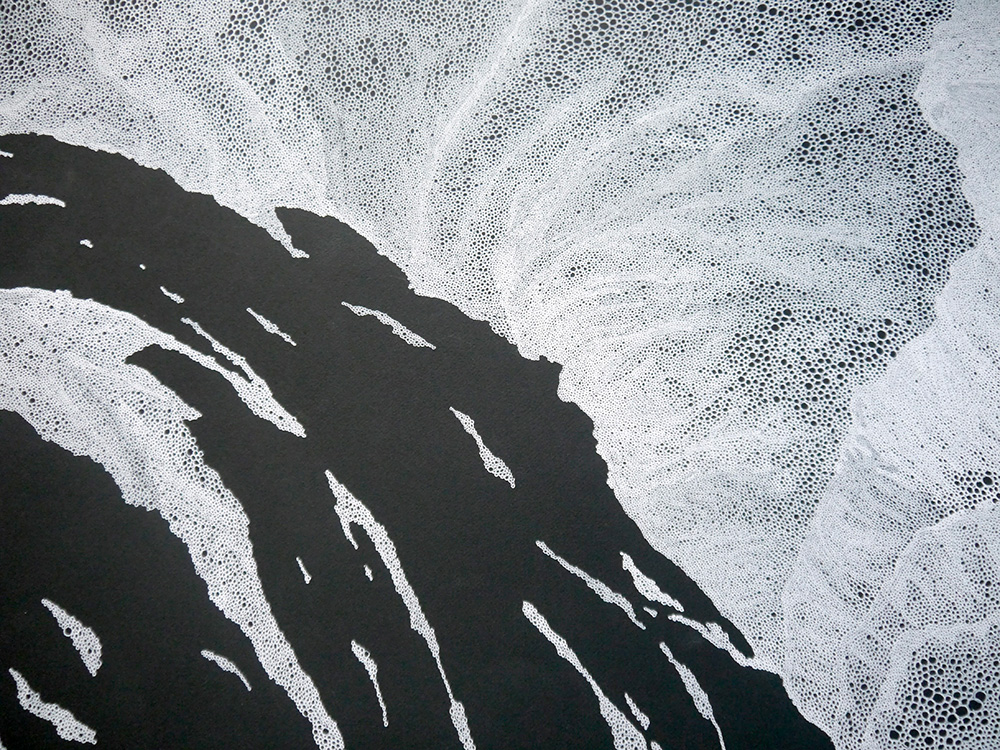