What colour is water? 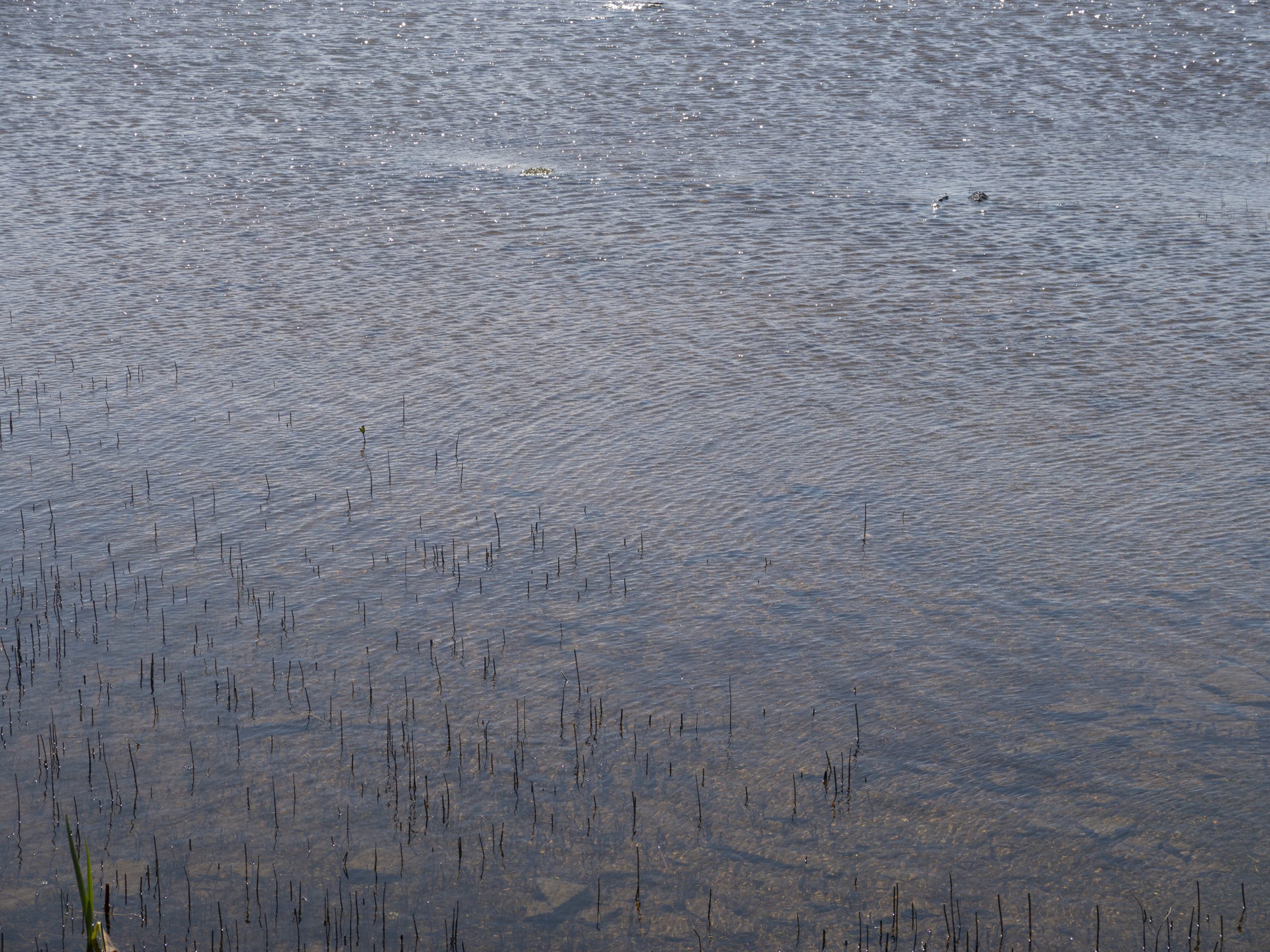 What colour is water anyway?

I can’t quite get it right in the studio. I can’t quite name it in writing either. The loch is black is dull grey is purple-brown is warm brown is black is mist is grey is white is clear is invisible. The sea is blue-green-grey-black-brown-silver-pink-jade-white-cream-navy-azure-green-purple-lavender-apricot.

I can never seem to quite nail it. As soon as I get close it shifts again.

This, of course, is part of its fascination. 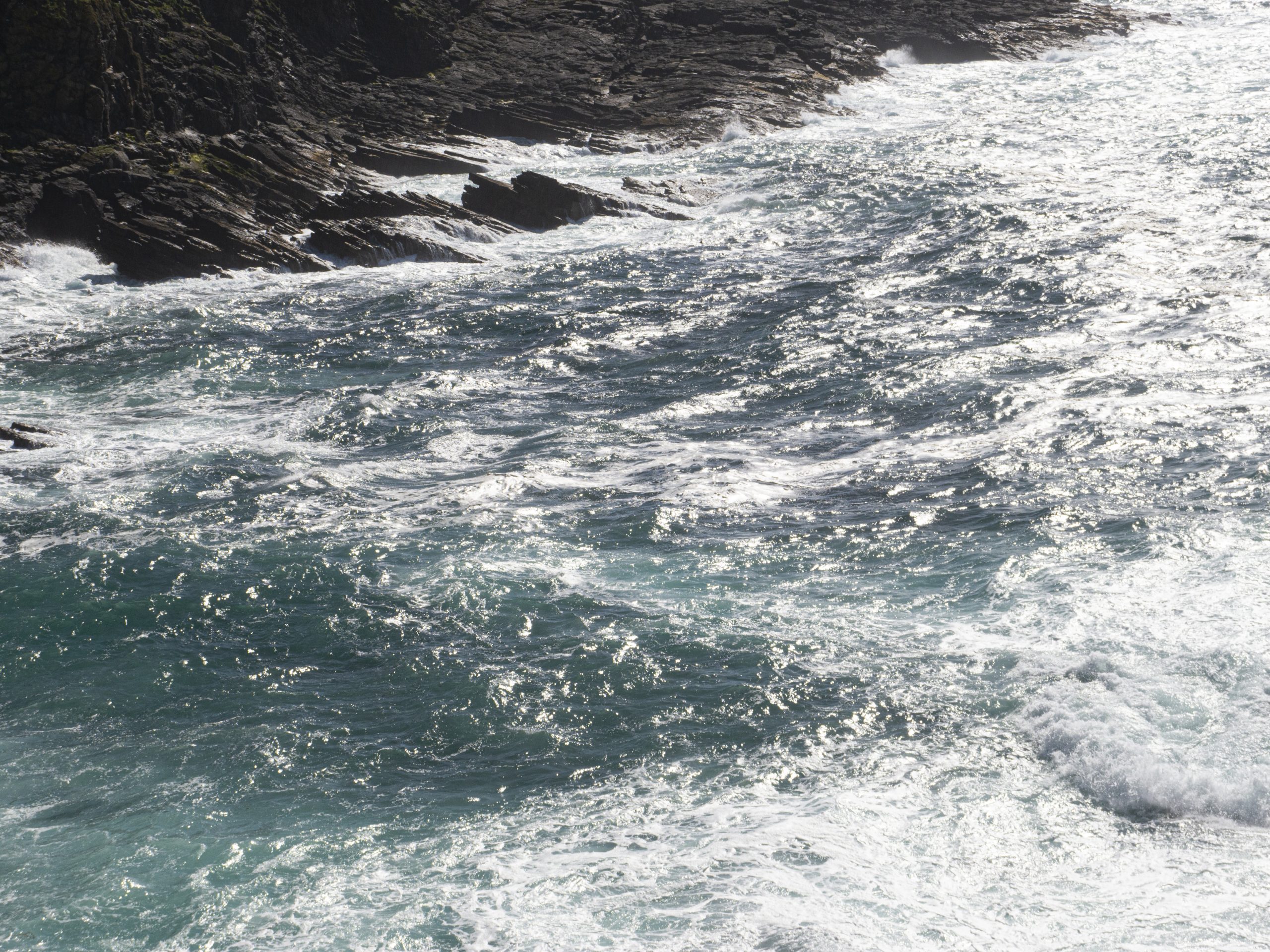 James Joyce described the colour of the sea as snot green. Byron went for a plain dark blue. Homer, famously, said nothing about a blue sea in either the Iliad or its companion piece the Odyssey. A ‘wine-dark’ sea appears over a dozen times in these two epic poems of islands and voyages. Water, water everywhere, but not a drop of blue.

Then Achilles, in tears, moved far away from his companions, and sat down on the shore, and gazed out over the wine-dark sea. (Iliad, 1. 351-353, trans. Stephen Mitchell)” 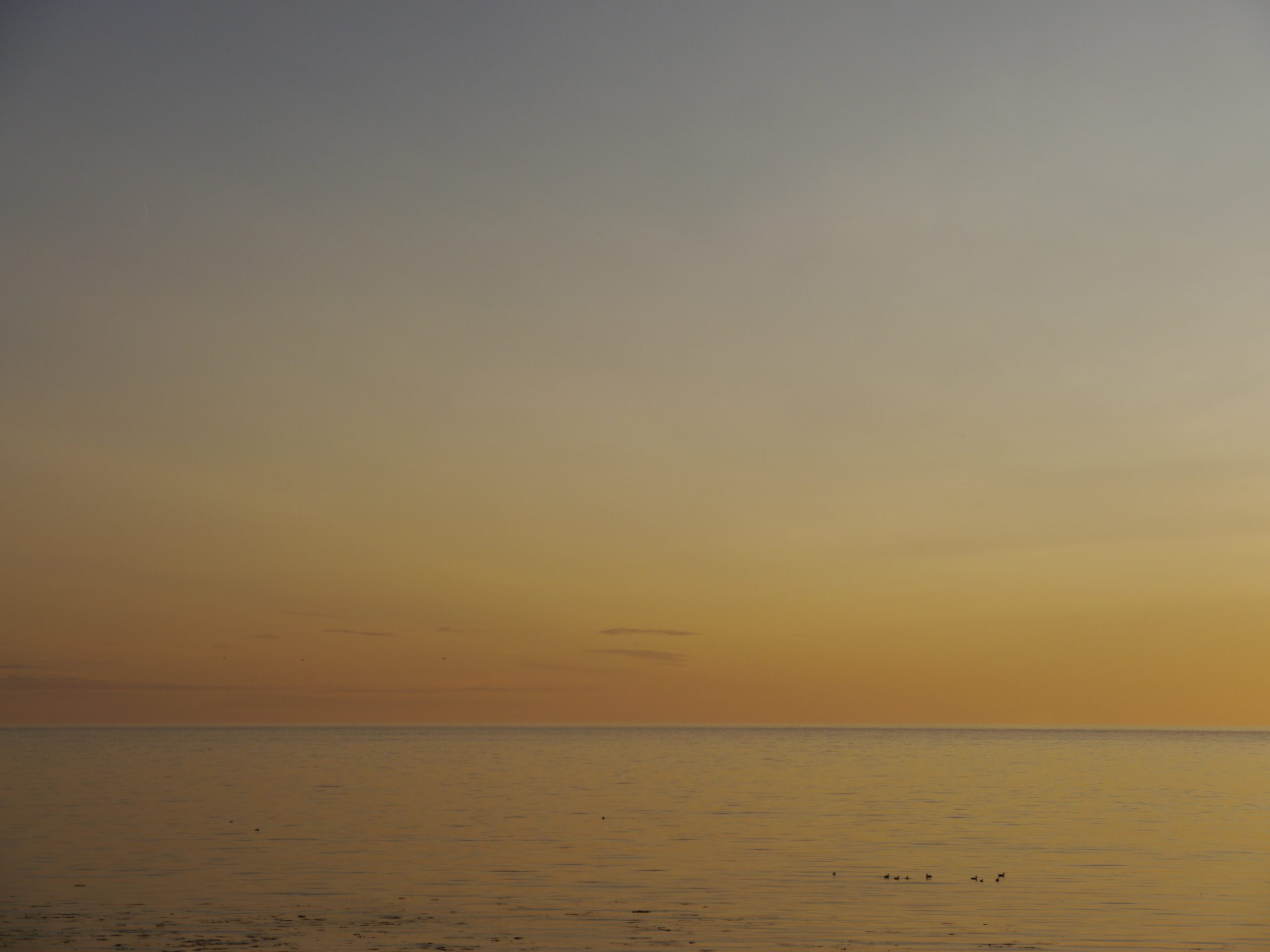 Nor is the sea blue in ancient Hebrew or Assyrian texts, in the Icelandic sagas, the Koran, the Hindu Vedas or the Mahabharata. Blue is rare in nature. There are no naturally occurring blue foods and few blue creatures. One theory suggests that because of this lack, humans didn’t need a name for the colour and, lacking the name, could not see it.

Does not being able to name the colour blue mean it is unseeable?

Researcher Jules Davidoff asked members of the Himba people of Namibia, who use the same word for both blue and green, to help him find out. When shown eleven green squares and one blue square, the Himba could not easily pick out the one that was different. However, the Himba have more names than English speakers for green. When shown eleven green squares with one a slightly different hue from the rest, the results were reversed. They identified the rogue green while English speakers missed it. A blind spot of language, not of the eyes. But a kind of blindness nonetheless. 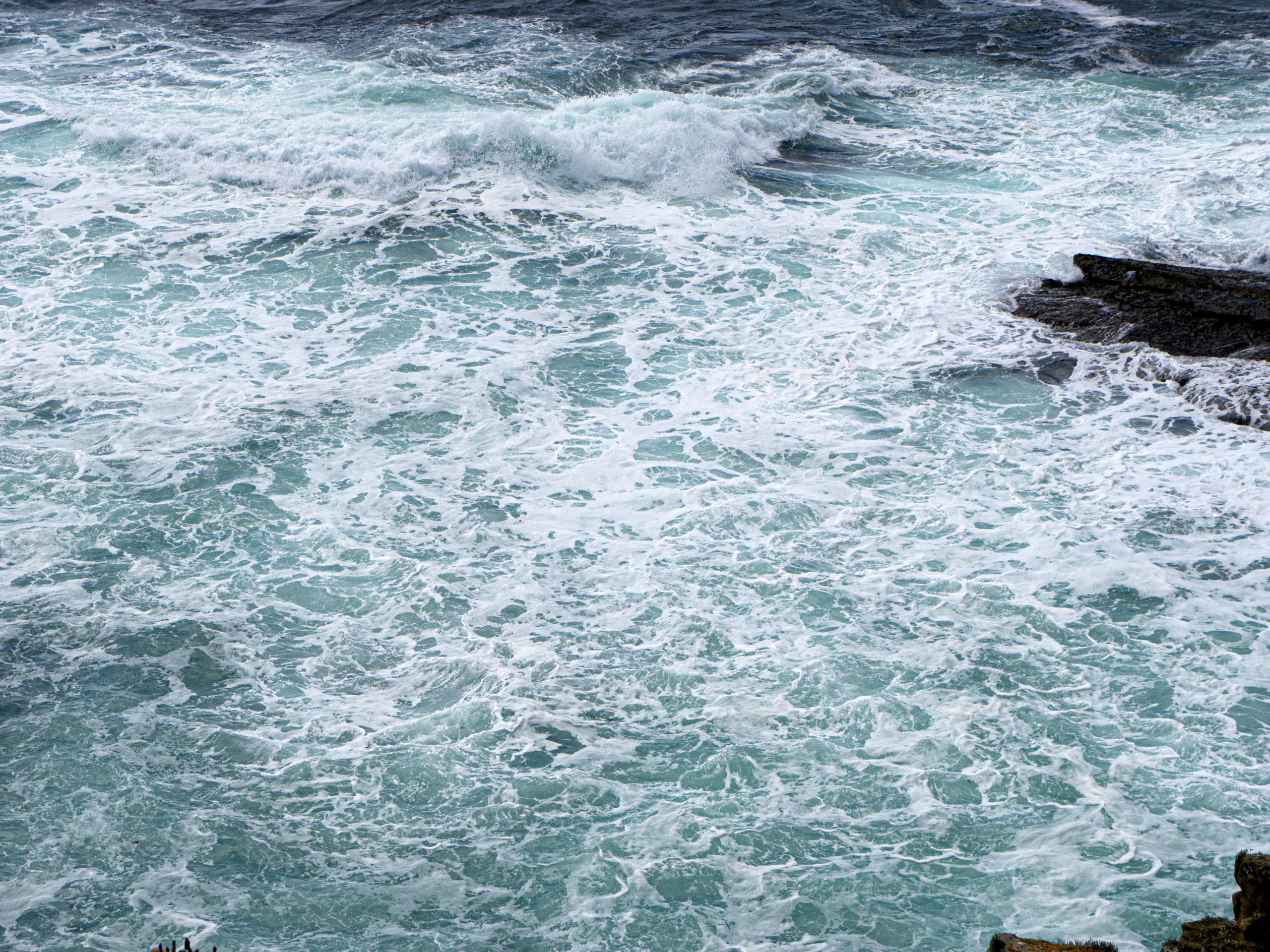 But maybe it’s to do with how we think of words. In written languages, definitions become fixed, pinned down in dictionaries like so many dead butterflies. Oral cultures would surely find this peculiar. Spoken meaning is a living thing that occurs between speaker and listener. The liquid flow of speech is more like a trembling reflection of the world, like the shimmer of light bounced off a shifting sea, than a set of fixed correspondences.

In her wonderful lecture an “Interview with Water”, Poet Alice Oswald ponders this question. She offers for our contemplation a word Homer often uses instead of blue: ‘porphyreum’, the colour of Odysseus’ gown.

It gets translated as purple, but purple is a settled colour, whereas Homer’s word is agitated. It derives from the sea verb ‘porphyreo’ which means ‘to roll without breaking’, so it is already a fluid word, a heaped-up word, a word with underswell, not a pigment but an emanation from the nature of water. To get a sense of ‘porphyreum’ you need to see the sea in it. And for Homer the sea is inhuman, full of strange creatures, mist-coloured, unploughable..unfenced. 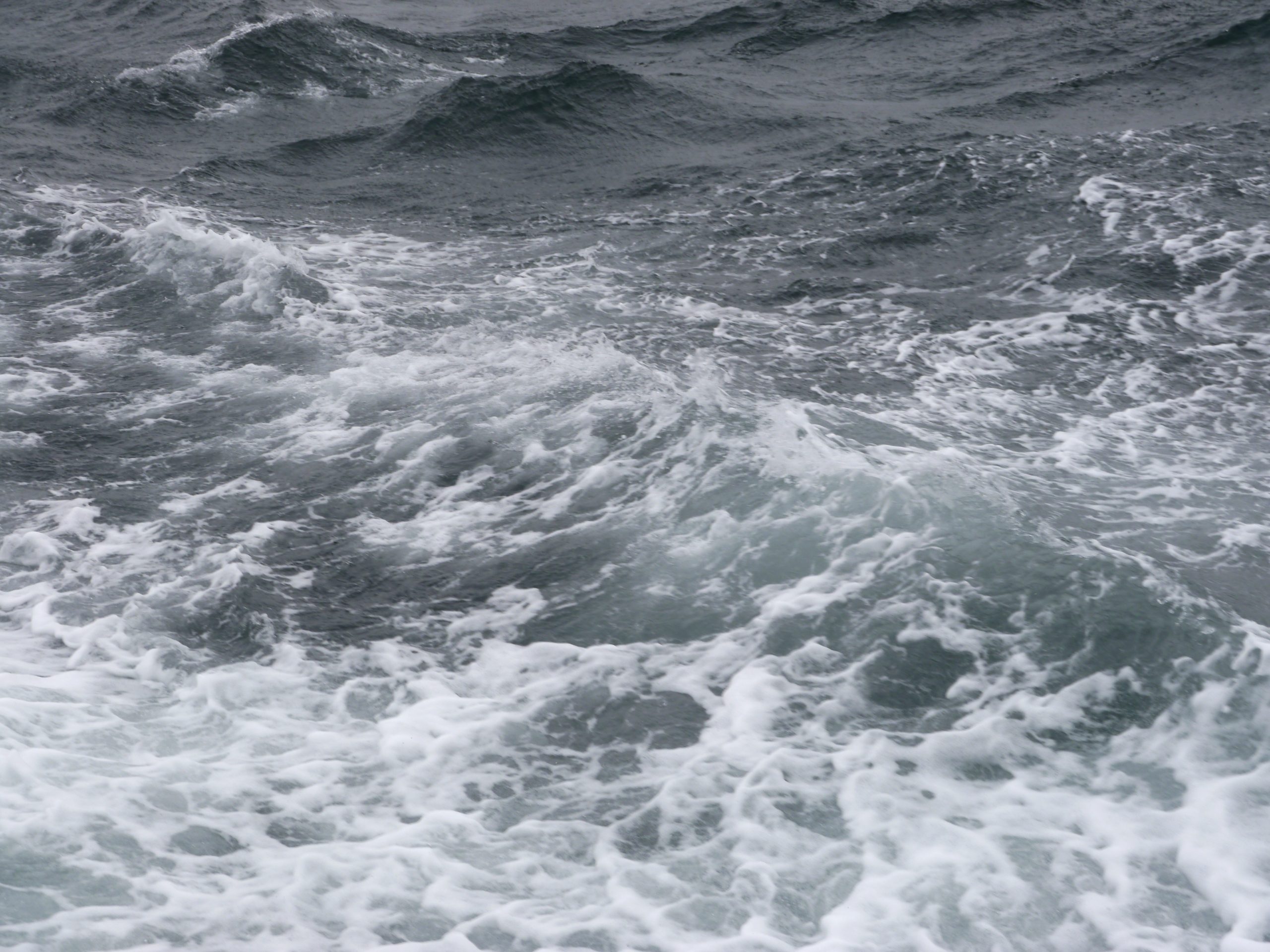 To see this colour Oswald says:

You will have to swim out into the unfenced place, a place not of definitions but of affiliations…..a dark-light word, an adjective for edgelessness, a sea-word, used also of death, smoke, cloth, mist, blood. Between bluish-purple and cobalt-mauve.

It appears mid-ocean, when the wind perhaps makes a network of back-blowing glitters that the underswell moves sideways, as when a big sea swells with noiseless waves. It is used of the heart, meaning his heart was a heaving, not-quite-broken wave. It indicates a surface, but suggests a depth, a meditation of blackness or noiseless sheen, a sea-creature, a quality of caves, any inlet or iodine, or shaded stones, a type of algae or rockfish, anything excessive or out-of-focus or subliminal. For example, a swimmer seen from underneath, a rotting smell, a list of low sounds, and evening shadow or sea-god, a whole catalogue of simmering grudges, storms, waves and solitudes, or deep water, including everyone who has drowned in it.

To be purpled is to lose one’s way or name, to be nothing, to grieve without surface, to suffer the effects of sea-light, to be either sleepless or weightless and cut off by dreams, to find yourself in the silence underneath an overhanging wave.

That, or thereabouts, is the colour of a bluish, violet, ultramarine gown. 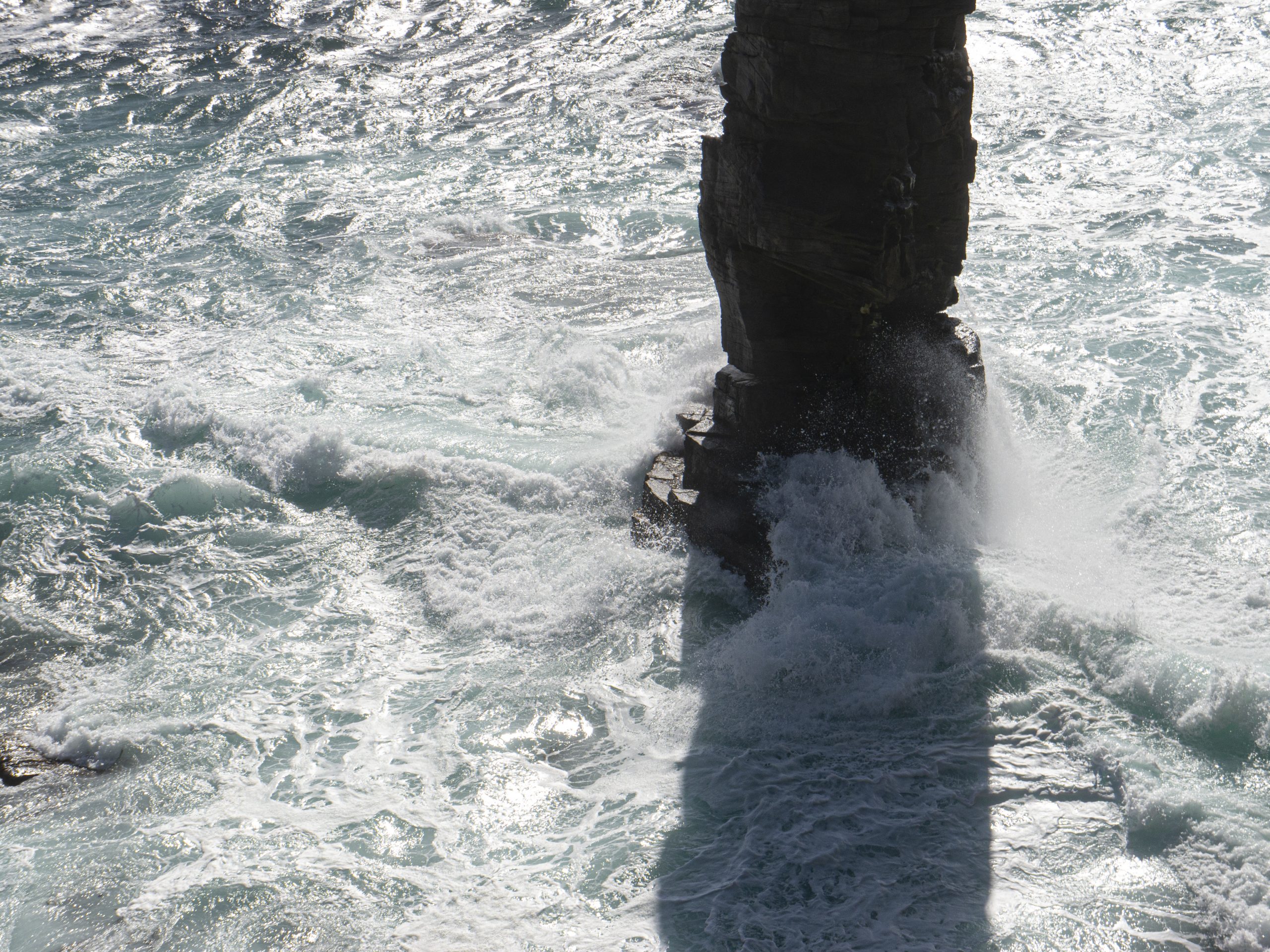 But to suggest the sea is blue is surely reductive anyway. The North Atlantic is seldom blue. The North sea almost never. It’s mostly grey, sometimes silver, black in its depths, churned to jade and bottle-green and white froth where it tumbles over rocks.

I’ve watched the light shift over the sea through the few hours of Orkney’s winter daylight, pale gold shading into blue-grey-green, royal blue, navy, and black, passing through improbable and fleeting moments of apricot, coral, lavender, shifting instant by instant through colours that resist all attempts at fixing with a name.

When Rebecca Solnit contemplates the waters of her home city of San Franscisco she notices:

Sometimes the whole sea looks like a mirror of beaten silver, though it’s too turbulent to hold many reflections; it’s the bay that carries a refracted sky on its surface. On the most beautiful days, there are no words for the colours of San Francisco Bay and the sky above it. Sometimes the water reflects a heaven that is both gray and gold, and the water is blue, is green, is silver, is a mirror of that gray and gold, catching the warmth and the cold of colours in its ripples, is all and none of them, is sometimes more subtle than the language we have. 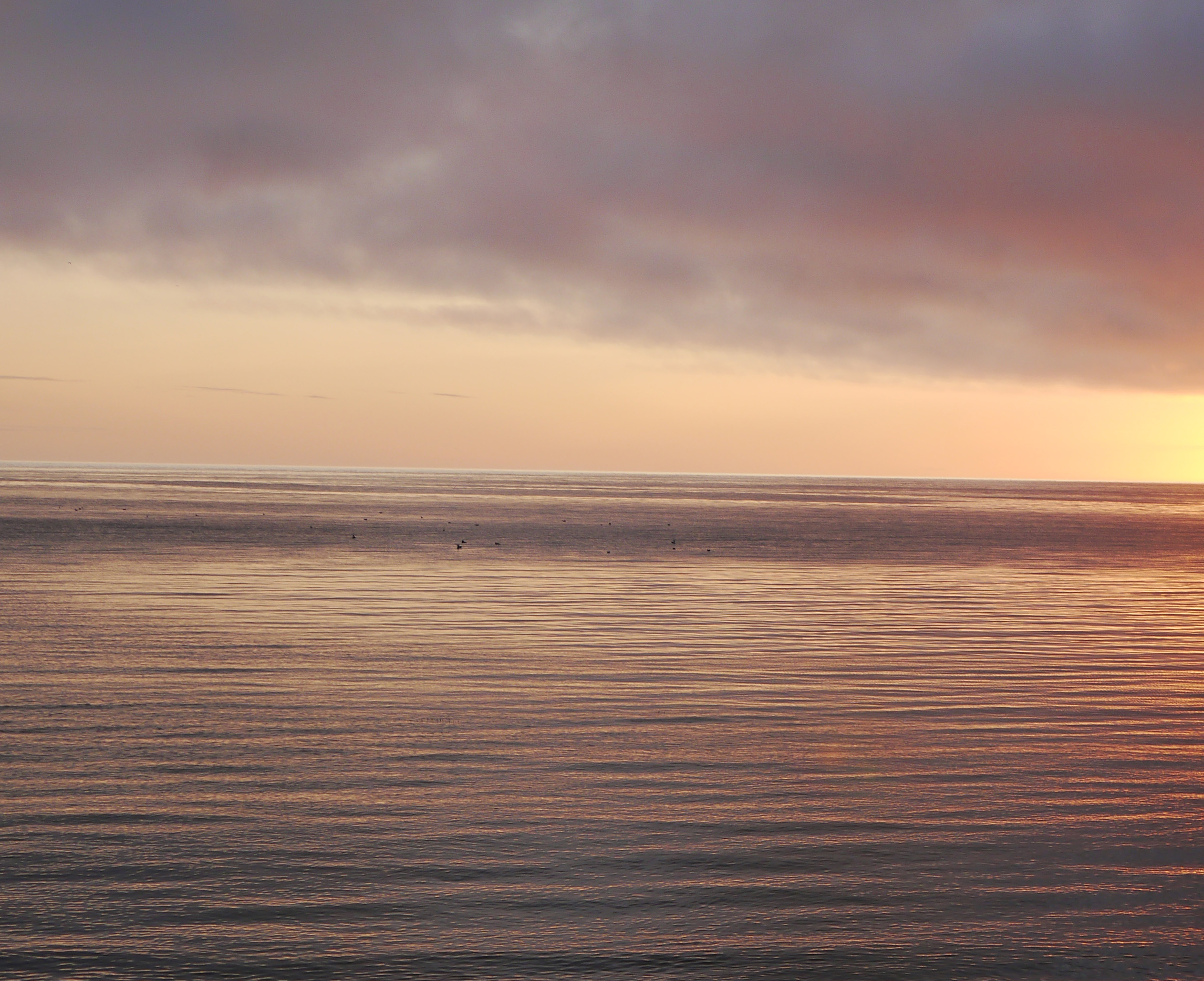 The names of the colours are sometimes cages containing what doesn’t belong there, and this is often true of language generally, or words like woman, man, child, adult, safe, strong, free, true, black, white, rich poor. We need to use words, but use them best when knowing they are containers forever spilling over and breaking open. Something is always beyond.

The colour of the sea show us the limits of language and also the limits of our seeing, shaped as that is by the words we use to name things. It shows us how words both reveal and conceal the world

Water lies at the limit of words. It overflows all our containers. It spills out from around the word ‘water’ and it has no name.